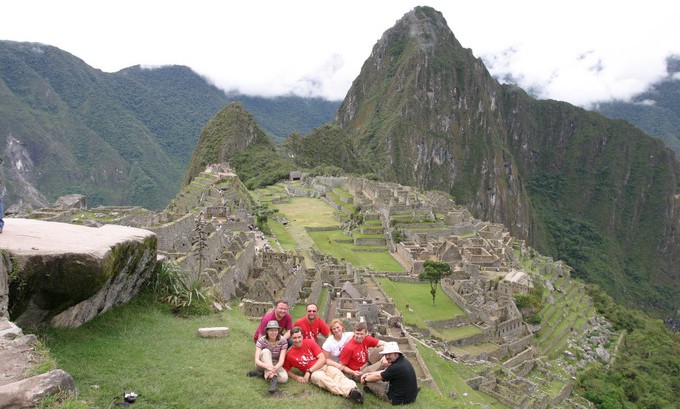 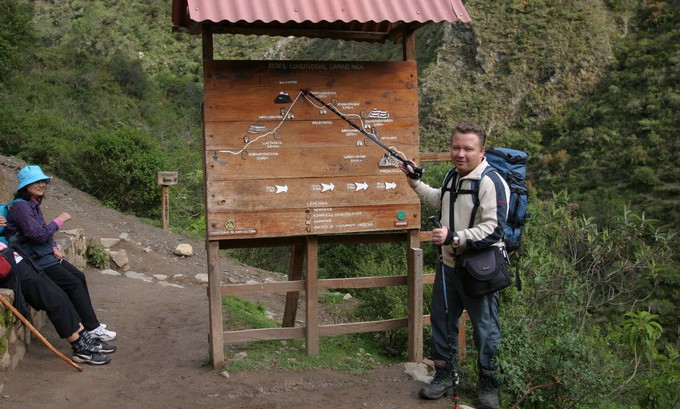 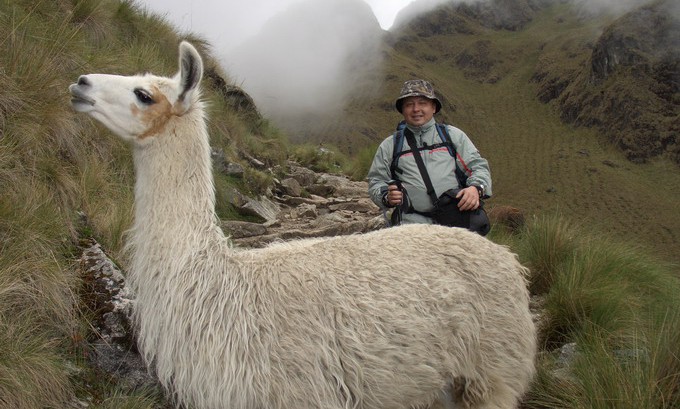 Traditionally in the beginning of each year flag Beltimport travels throughout difficult of access places of our planet with Ukrainian-Russian amateur team “International Crazy Team”.  Earlier our flag has been to Kilimanjaro (Tanzania), the highest mounting top in Africa and on the table Roraima (Venezuela). In 2006, within Ecuador-Peru traveling, team ICT walking Inka Trail, after getting over the Pass of Dead Woman, reached mysterious lost city Machu Picchu. It was a result of four-day trekking.

The city is situated in Peruvian Andes and was discovered by American archaeologist Hiram Bingham in 1911. The real name of Machu Picchu, as well as many other facts in its history is shroud in a mystery. Machu Picchu was a beautiful city with religious buildings and palaces, gardens and ground terraces, irrigation canals, wells and bathing huts. Spanish conquerors did not know anything about Machu Picchu and did not get there. Nevertheless the city was left by its inhabitants for unknown strange reasons. The city is supposed to appear in the middle of XV century and to be, first of all, a place of religious cult. There is nothing similar to this erection in the world. Beauty of the city, which is situated in the saddle difficult of access, really charms the visitor.

In general there were a lot of interesting in ICT’s traveling 2006. There were unforgettable diving at Galapagos Islands, where we could see different sharks, turtles, rays, sea lions and many other representatives of equatorial fauna in their natural habitat.

Besidesthis ICT made a traveling throughout exotic islands of the Alpine navigable Titicaca Lake, where we were most of all impressed by floating Uros Island made of reed. Tur Heierdal, a famous traveler, built his boats Ra, Ra II and Kon-Tiki right here.

And, of course, we received great impressions from Amazonian Jungle: Indians of Bora tribe, Monkey's Island, taking part in the ceremony with local shamans, acquaintance with not very harmless flora and fauna.

There are so many interesting, amazing, undiscovered things in the world. We try to put our feelings, our sensations on the way to self-perfection into our work. The majority of the tasks we face with have several ways of solving. All of us always have choice. To choose the most effective decision is our main aim. This is a part of our business. We hope acquaintance with other corners of the Earth helps us to glance at the world differently. Sometimes we should just look at the other angle to find the right decision.