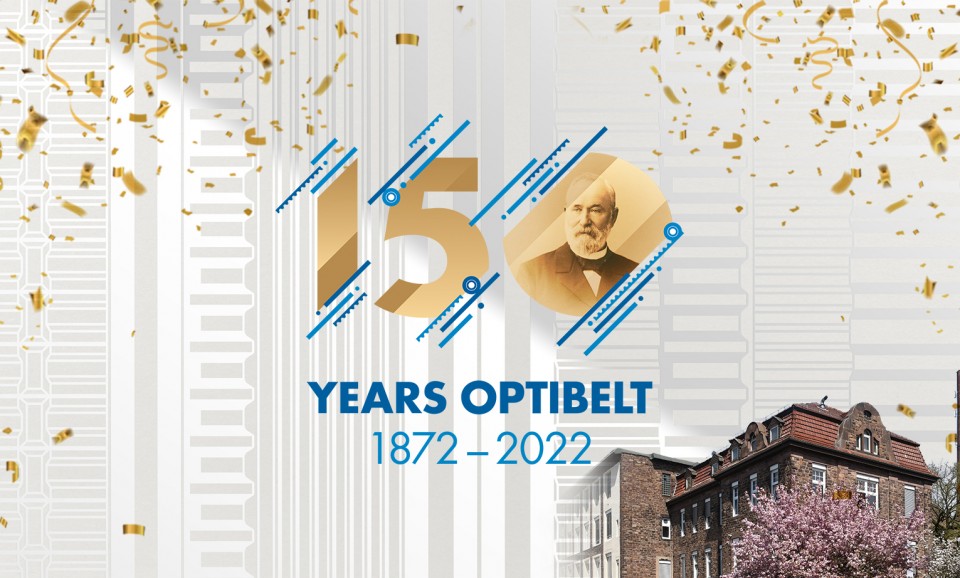 When Beltimport company was born, its first partner was the world's most famous manufacturer of drive belts and transmissions, the company Optibelt from Germany. 25 years ago, the Beltimport sales team first visited the German city Hexter. Our sales team received technical training and were able to see how various types of belts were born; our team met people with whom, as it turned out later, we would be connected by ten years of fruitful cooperation, many dozens of visits to each other, communication outside of business, and so on. Yet, our long path of evolution of the belt market in Ukraine, to which we put a lot of effort together with Optibelt, is only a small part of the historical path of Optibelt company on the timeline.

Arntz Optibelt Group is celebrating its 150th anniversary these days!!! Today, it is hard to imagine what stands behind these numbers and how much the partners had to invest in order to maintain leadership in the world after all these years. In 1872, the company founded by Emil Arntz only consisted of 10 employees and produced rubber threads and technical rubber products. In 1948, the first V-belt was produced under the Optibelt brand. This very name in the world of drive belts is a symbol of quality, reliability and excellence! Today, Arntz Optibelt Group counts 2,400 employees in more than 30 countries and established 8 factories in different parts of the world: in Germany and China, Romania and Northern Ireland. But, no matter where the belt is produced, if it is produced at Optibelt, and this indicates the unconditional quality and long-term of its work.

We are very happy to congratulate our dear partners from Optibelt on the anniversary and wish them to pass the latest world crisis events with dignity! We are sure that your values and experience will help you become even more powerful! We thank you, additionally, for supporting Ukraine in our fight against the aggressor and for fundamentally closing your business in russia, despite all previous successes there. Long and happy years to you, Optibelt!